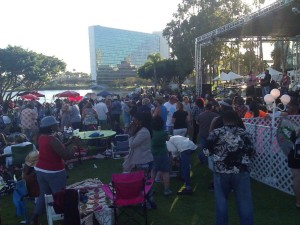 On behalf of Full House Promotions & the team here at T.U.M.S., we are giving away 2 tickets (1 pair) to see the 29th Annual Long Beach Bayou Festival on Saturday, June 20th AND 2 tickets (1 pair) on Sunday, June 21st – 2 winners total! Come join the gang at the fest and witness some of the most graceful performances to hit the Rainbow Lagoon Park. All you have to do to enter the drawing is send us your name and email address below: EXPIRED

The drawing will take place tomorrow afternoon & winners will be announced here on T.U.M.S. June 19th, Friday Evening, so don’t wait too long!! This promises to be a great festival!

Click HERE to see the complete line-up, ticket information and much more!