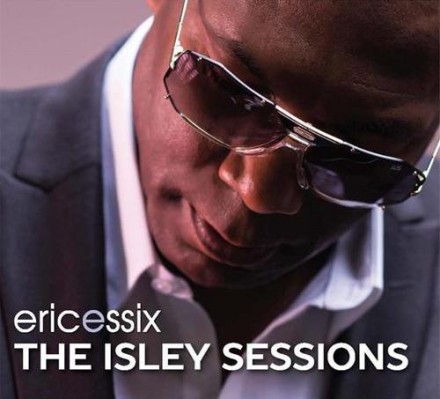 The Isley Brothers were one of Eric Essix’s favorite bands as a teenager growing up in the seventies. The group enjoyed a lengthy string of hits throughout the decade, beginning with songs from the landmark “3+3” album, where brother’s Ernie, Marvin and cousin Chris Jasper joined the already established vocal trio.

“To say I am a fan of the Isley Brothers and their music is an understatement,” Eric says. “When Ernie Isley exploded onto the scene with his brothers, it was like nothing I had ever heard before. Ernie was so much like Jimi Hendrix – who I idolized – and was featured in a soul/r&b band while playing rock guitar licks. For me at that time, it was the best of all worlds and I instantly identified with the music and the sound! It was an important time that really shaped who I would later become as an artist.”

When Herbie Hancock released River: The Joni Letters (which won 2 Grammys in 2007), Eric was intrigued by the way Hancock interpreted Joni Mitchell’s mostly pop songs in a traditional jazz setting. “I still listen to that album regularly because it is such an amazing tribute to Joni’s music,” Eric says. “It made me want to do a similar project one day. Then I happened to be on the Soul Train Cruise in early 2014 playing with the great Peabo Bryson and got to see Ernie and Ronald Isley perform. In one portion of the show, Ronald was pouring out his soul on some of their classic ballads, and right then I knew this was the music I wanted to explore.”

Although the album begins with Todd Rundgren’s, Hello It’s Me, the Isley’s soulful version of that song in 1974, resonated with Eric and “I just felt like I had to include it in this collection,” he says. Kaleah Wooten, daughter of the album’s producer, Kelvin Wooten, lends a beautiful background vocal treatment to the songs refrain which mirrors the Isley Brothers original arrangement. Other standout moments from The Isley Sessions come courtesy of singer and jazz keyboardist, Frank McComb who puts his personal stamp on Footsteps In The Dark and Nashville’s newest rising star, Jason Eskridge, who contributes a staggering vocal arrangement and performance on Caravan Of Love. The rest of The Isley Sessions features Eric ‘s well defined, signature guitar sound on hit ballads like I Once Had Your Love, Voyage To Atlantis, Let Me Down Easy and Make Me Say It Again. With the skill of a 26 year veteran recording artist who has released 21 albums over his career, Essix respectfully interprets the Isley’s familiar melodies on the guitar and, at the same time, effortlessly makes each one of these musical gems his own with thoughtful arrangements and solid performances.