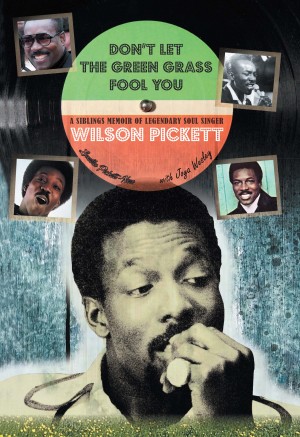 “The death of my brother was one of the most profound experiences of loss in my life,” Pickett-New said.

Wilson reached his dream of being a star with classic hits like “Mustang Sally,” “Land of 1,000 Dances” and “In The Midnight Hour.” Known for his energy and passion as a musician, unbeknown to the public, his road to stardom was not always smooth sailing. And even after his established fame, Wilson faced career-destroying hardships.

In Pickett-New’s memoir, she shares her many memories of her brother, including their childhood, living with Wilson in New York City at the peak of his fame, and the many events that made Wilson a beloved brother.

Merging her own memories with those of her siblings and others close to Wilson, Pickett-New paints a portrait of the complex and wounded man behind the powerfully expressive voice.

“A flawed yet brilliant soul, he inspired many fans, fellow musicians and the world.” Pickett-New said.

About the author
Louella Pickett-New is married to Emmett New with two adult children and resides in Stone Mountain, Georgia. Following in her brother’s footsteps, she sings in her church’s choir and volunteers as the church comptroller. In her spare time, she enjoys baking her grandmother’s famous peach cobbler.