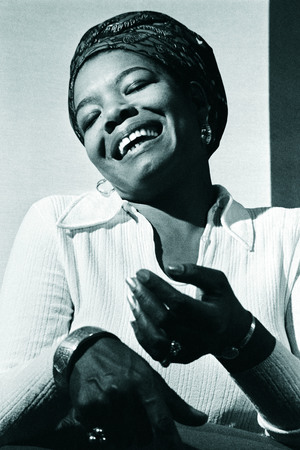 In a rare interview before her passing, Angelou discussed the album and its impact, saying, “This project is important. It’s woven into the tapestry of our lives, and we’re being serious and giving and kind about it.”

Though best known for her poetry, Maya Angelou lived a long life full of music that included her critically acclaimed calypso album, Miss Calypso, seven songs with Ashford & Simpson on their album Been Found and collaborations with other musical greats including Wynton Marsalis and Roberta Flack. She was also the recipient of three GRAMMY Awards for her spoken word recordings, TONY Award and Pulitzer Prize nominations, as well as numerous other honors including an EMMY Nomination for Best Supporting Actress for her role in Roots.

“Music was such a huge part of my grandmother’s life,” said Colin A. Johnson, Dr. Angelou’s grandson and founder of Caged Bird Legacy. “She loved everything, from pop to country and, of course, hip hop. With her dedication to social activism and how she illuminated the struggles and injustices of the urban experience through prose, there’s a direct correlation to hip hop today. She was really excited about her words being presented in this way and I’m glad her fans will now be able to hear it.”

David Helfant and Smooch Music principals Larry and Van Kantor executive produced the project. Caged Bird Songs is available in two versions: the 13-track standard edition and an 18-track deluxe edition, and is available on iTunes and Amazon, with a deluxe version available exclusively at Amazon. For more information on Caged Bird Songs, visit www.cagedbirdsongs.com.