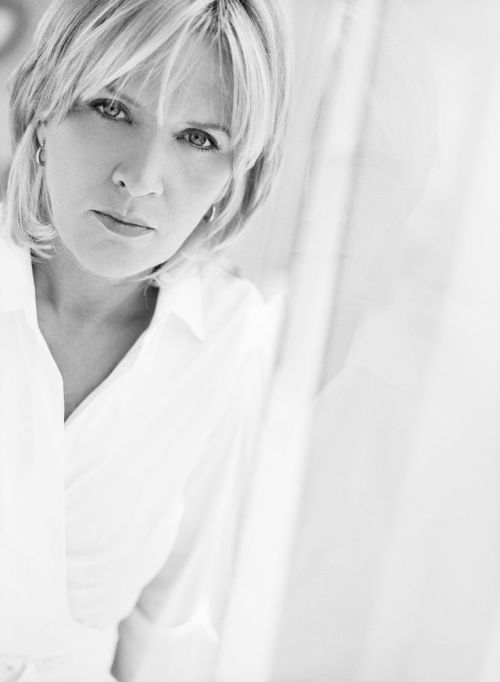 We’re going to answer the question before you even ask it: the reason that you need one more Christmas album — we’re speaking of Marilyn Scott’s new release, Get Christmas Started, here — is that the critically acclaimed song stylist has invited you to a party, her party. And we’re not talking cheap seats in the back; it’s an all-access pass to the premier musical bash of the season. While other collections this time of year (and from seasons past) may have their moments, Marilyn Scott has crafted the first-ever actual holiday party album, and one with an all-star backing cast to boot.

Like any great hostess, Ms. Scott has prepped meticulously for the celebration. Marilyn consciously began adding a new holiday tune into her Christmas season sets each year, the best of which form the heart and soul of Get Christmas Started. Drawing on sources far and wide, including Broadway legend Frank Loesser, Rock and Roll Hall of Fame inductee Leon Russell, and Motown hitmaker Anna Gordy Gaye, Scott takes time-tested holiday standards and does what she does best: reinvents them in her own instantly-recognizable style. 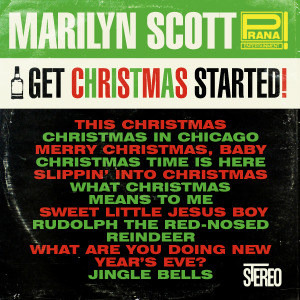 “I have always loved the old R&B and spiritual renditions of Christmas music,” says Scott, and the truth of that statement is evident from the Philly Soul vibe she establishes right from the album’s opening track, “This Christmas.” She digs into a bluesy groove in “Christmas in Chicago,” with just a dollop of New Orleans funk at its core. And by the time she segues into “That’s What Christmas Means to Me,” it’s evident that Ms. Scott studied at the school of Hitsville, U.S.A., with a bouncy backbeat that does Motown’s Funk Brothers’ sound proud.

If all this gives you the idea that Marilyn’s well travelled, both musically and otherwise, you’d be correct. At the tender age of 17, the Southern California native trekked north for the legendary Monterey Pop Festival, where she was exposed to the likes of Janis Joplin, Otis Redding, and Lou Rawls; at that point, the die was cast. Upon her post-collegiate return to LA, Marilyn found herself an in-demand vocalist, doing sessions and performing with the Yellowjackets, Hiroshima, Bobby Womack, George Duke and Etta James, among others.

Since then, Scott’s career has ranged all over the musical map, boasting entries on the Billboard Hot 100, Adult Contemporary, R&B Singles, Contemporary Jazz, and Jazz Album charts. Her cover of Burt Bacharach’s “The Look of Love” garnered a Grammy nomination for producer George Duke on its way to the top of the charts. And from an interpretation of ”Skylark” in Torch Song Trilogy that was lauded by critic Christopher Loudon as “the most perfectly executed ‘Skylark’ I’d ever heard“ to her magnificent re-imagining of ”I Only Have Eyes For You” in Twins, Scott’s soundtrack career has brought her both critical and commercial acclaim as a world-class interpreter of today.

Which brings us back to today. Nearly half a century after the late Vince Guaraldi co-wrote “Christmas Time is Here” for A Charlie Brown Christmas, Scott has laid her stamp on the modern classic, aided by some super soulful sax accompaniment from Brandon Fields. Her mellow sophistication on the lead-off single from Get Christmas Started brings out the tune’s essential wistfulness, warm and sweet like an Irish coffee on a cold winter’s night.

But not to worry: Marilyn closes out the album with a kick-out-the-jams version of “Rudolph, the Red-Nosed Reindeer” that blazes through that winter night even more luminously than the reindeer’s famed nose. “We all enjoyed the lighthearted, and soul-wrenching, songs of the season,” says Scott. “Now that’s the way to start the holidays.”

As if all that weren’t enough, she is currently in the studio, working hard on a present for her fans: a new album, slated for release in 2015. Happy New Year to all, indeed.