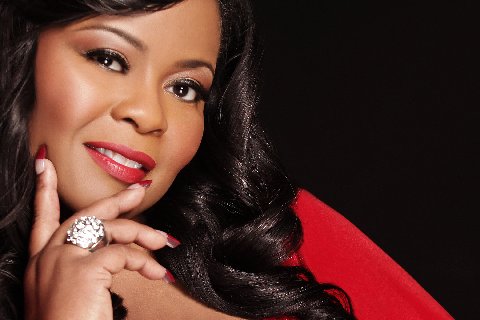 Maysa is the kind of singer who takes hold of a song and enraptures her audience, as she delivers lyrics, phrases, melodies and harmonies in a way that only she can. Blessed with an instantly identifiable honey-toned mezzo-soprano and an undeniably brilliant and magnetic stage presence, Maysa’s alluring vocals, candor, humor and purity as an artist make her a rarity in this business. Having collaborated with everyone from Stevie Wonder and Chaka Khan to Incognito and Angela Bofill, Maysa can hang with the best. It is no wonder the recipient of Soul Train’s “Soul Approved Underground Singer” was declared ‘WONDERful’ by the iconic Stevie Wonder. October 28, 2014, Maysa will release her first and anticipated holiday album A VERY MAYSA CHRISTMAS. “I’ve been wanting to do a Christmas record for years,” shares the dynamic and down to earth vocalist who has emerged as the best jazz/soul vocalists of her generation. “I hope people enjoy my take on the songs they’ve heard done by hundreds of artists over the years. My biggest wish for mankind is that people truly learn what it means to love yourself. I believe a healthy self esteem is the basis for true happiness.”

A VERY MAYSA CHRISTMAS features Maysa’s innovative arrangements of such favorites as “Joy To The World,” “Jingle Bells,” “The First Noel,” “Christmas Time Is Here” and “The Little Drummer Boy.” Maysa is joined by special guests Gerald Albright on “Silver Bells” and Will Downing on Donny Hathaway’s “This Christmas.” “I was blessed to have three great musicians who are not only like brothers to me but mentors join me on the album. I’ve learned a lot from the both of them. My producer Chris ‘Big’ Dog Davis is another fabulous musician. The three of them shine like diamonds!” A VERY MAYSA CHRISTMAS also features the superb Maysa original “It’s The Holidays” and the moving Edwin Hawkins “Pray For Peace,” which is a meditation Maysa delivers with the hopes of spreading healing and peace throughout the world.

A VERY MAYSA CHRISTMAS is a follow up to Maysa’s Grammy nominated and critically-acclaimed BLUE VELVET SOUL (2013). Maysa Leak was born and raised in Baltimore, MD and knew by the time she was six that she would be a musician. “I was six years old when my mom took me to see Purlie. When Melba Moore came on stage and sang her heart out, I knew at that moment I wanted to make people feel the way she made me feel.” Maysa graduated from Morgan State University with a degree in classical performance, meeting Stevie Wonder while a student. Upon graduating, she moved to North Hollywood to join Stevie Wonder’s “Wonderlove,” with whom she performed for a year, performing on the Jungle Fever soundtrack and such television shows as Oprah and The Tonight Show. In the early Nineties, Maysa auditioned over the phone to become the new lead singer of the acclaimed British jazz/funk/R&B band Incognito, moving to London for four and a half years. She has appeared on over eleven Incognito recordings and continues to appear as a featured vocalist with them from time to time. Maysa recorded her self-titled debut album for GRP in 1995, following it up with ALL MY LIFE in 1999, OUT OF THE BLUE in 2002 and SMOOTH SAILING in 2004. She then made an impact with her interpretations of classic soul music on two acclaimed albums for Shanachie, SWEET CLASSIC SOUL (2005) and FEEL THE FIRE (2007), on which she showed her ability to put her own unique stamp on familiar songs from the 1970s era. METAMORPHOSIS (2008) showed off Maysa’s prowess as a composer and A WOMAN IN LOVE (2010) found Maysa returning to her roots as a jazz singer. MOTIONS OF LOVE (2011), which featured the ballad “Have Sweet Dreams,” was co-written by Stevie Wonder who plays harmonica and was inspired by First Lady Michelle Obama and the duet “Flower Girl” showcasing Dwele. With the release of A VERY MAYSA CHRISTMAS the beautiful songbird has created what promises to be a new classic during the holiday season and all throughout the year! Look for Maysa in a city near you as she tours as part of the Dave Koz & Friends Christmas tour.