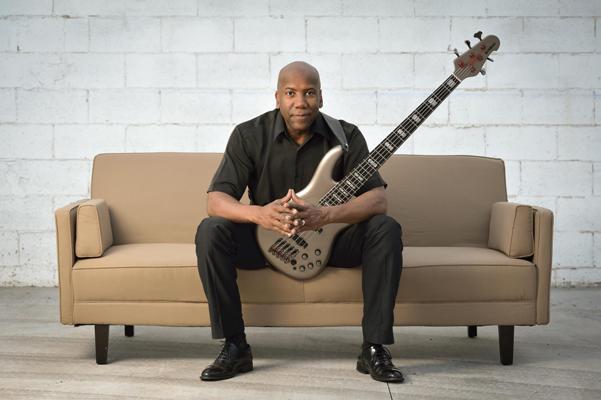 “As someone who is grateful for the incredible opportunities I’ve had in music, I’m looking forward to joining the judges panel, hearing some great original songs and watching those musical dreams come true,” said Nathan East, Yamaha Artist.

Chart-topping bassist and Yamaha recording artist Nathan East will serve as one of the judges for this year’s John Lennon Songwriting Contest (JLSC), which draws songwriters from around the globe to compete for $300,000 in prizes that include cash, other awards and the coveted top prize of Song of the Year.

East, a respected, genre-crossing musician and vocalist for the past four decades who also plays in the world-renowned jazz quartet Fourplay, released his self-titled debut solo album in March on the Yamaha Entertainment Group label. Nathan East debuted at No. 1 on the Billboard Contemporary Jazz chart and went to No. 1 on both the iTunes and Barnes & Noble jazz charts.

The John Lennon Songwriting Contest, which began in 1997, is open to amateur and professional songwriters from around the world who submit entries in any one of 12 categories: Rock, Country, Jazz, Pop, World, Rhythm & Blues, Hip Hop, Gospel/Inspirational, Latin, Electronic, Folk and Children’s. The JLSC is divided into two sessions each year, eventually resulting in 72 finalists, 24 Grand Prize winners, 12 Lennon Award winners and one tune crowned Song of the Year.

A portion of contest entry fee helps support the John Lennon Educational Tour Bus, a state-of-the-art mobile audio and HD video recording and production facility dedicated to providing young people with free songwriting and multimedia production workshops as it travels throughout the country.

In addition to East helping to judge the contest, youths who visit the John Lennon Educational Tour Bus this year will receive a free download of his hit song “Daft Funk,” the first single from East’s album.

“Having Nathan East as a judge for the John Lennon Songwriting Contest and being able to offer a download of Nathan’s fun, funky hit song as part of the Lennon tour bus experience is a real treat,” said Brian Rothschild, the executive director and co-founder of the John Lennon Educational Tour Bus. “Nathan has done so much in his career, performed with so many top musicians and is now stepping out into the spotlight with his own album, so he really brings a wealth of experience to the contest as a judge.”

Since hitting the road at the age of 16 with the legendary Barry White, East has spent the past 40 years performing across an array of musical styles with other legends including Eric Clapton, George Harrison, Stevie Wonder, Michael Jackson, Phil Collins, Whitney Houston, Andrea Bocelli, Beyoncé, Barbra Streisand and more.

East said he eagerly accepted the invitation to serve on the JLSC’s panel of judges, which includes musical giants George Clinton, Jim Steinman, Jimmy Cliff, Fergie of the Black-Eyed Peas and Bob Weir of the Grateful Dead.

“The John Lennon Songwriting Contest is about giving talented songwriters, both amateur and professional, an opportunity to have their music heard, and perhaps to realize their musical dreams,” East said. “As someone who is grateful for the incredible opportunities I’ve had in music, I’m looking forward to joining the judges panel, hearing some great original songs and watching those musical dreams come true.”

East’s success in the past year has certainly been the stuff that dreams are made of. Millions of fans have heard East’s signature bass line on Daft Punk’s mega-hit “Get Lucky,” and saw East perform with the group on the GRAMMY® Awards broadcast last February, when Daft Punk won the 2013 Album of the Year, Best Dance/Electronica Album, Best Pop Duo/Group Performance and Record of the Year.

“Daft Funk,” which follows up on East’s collaboration with Daft Punk, hit No. 1 on the Groove Jazz Music, BDS Smooth Jazz, and Smooth Jazz Top 20 with Allen Kepler charts.

East’s current single, “101 Eastbound,” written by East and his brother Marcel East, debuted this week at No. 21 on the BDS Smooth Jazz chart.

About Yamaha Entertainment Group
Yamaha Entertainment Group is a boutique, one-stop shop, record label developed to be the champion of the musician with the backing power of the largest music manufacturer in the world. YEG is branding, promotion, concert production, content development, product placement, tour support, piano logistics and artist relations, all rolled into one. Home to more than 3,600 talented artists, YEG is responsible for the development and advancement of the Yamaha brand name through numerous artist related activities worldwide.