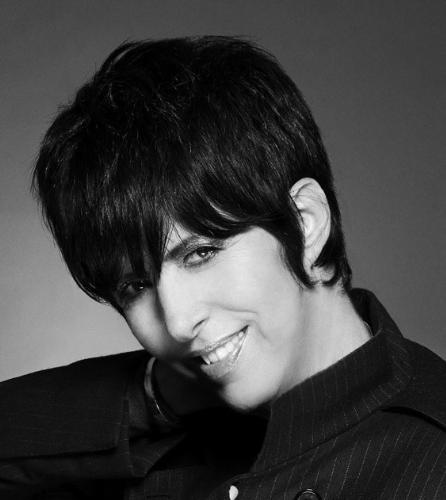 LOS ANGELES, July 23, 2014 /PRNewswire/ — Point Foundation (Point) will present its Leadership Award to songwriter Diane Warren, whose work has been recognized with Grammy® and Golden Globe® awards and multiple Academy Award® nominations. The Point Leadership Award is given to an individual who has achieved prominence in their professional career and unequivocally supported the lesbian, gay, bisexual, transgender and queer (LGBTQ) community. Warren has repeatedly spoken out against bigotry of all kinds, including discrimination directed at the LGBTQ community. The “It Gets Better” musical theater project that is touring the U.S. in support of LGBTQ youth includes songs of Warren’s alongside those of Gnarls Barkley, Kelly Clarkson and Alanis Morissette.

Warren has written music for and established friendships with top LGBTQ artists and important allies of the LGBTQ community such as Elton John, Ricky Martin, Barbra Streisand, Cher, Kristin Chenoweth and Patti LaBelle. Popular stars she has recently been at work with include Celine Dion, Snoop Dogg, Carrie Underwood, Mary J. Blige, Demi Lovato, Jessie J, Jennifer Hudson, Jordin Sparks, Kelly Rowland, Renee Fleming and Paloma Faith among many others. In addition, Warren has written a song for Baz Luhrmann’s stage production of “Strictly Ballroom The Musical” which opened in Australia this spring.

To date, Warren’s songs have been nominated for six Academy Awards, five Golden Globes (winning for the song “You Haven’t Seen The Last of Me”) and 12 Grammys (winning for the song “Because You Loved Me”) and have been featured in more than 100 motion pictures. The impact of her music has resonated across the globe. Her “Anthem for Peace” was performed in Tel Aviv in 2008 for over 1,000 dignitaries, including Nobel Prize laureates. In 2012, her song “I Was Here” was named the theme for World Humanitarian Day and was performed by Beyonce live at the United Nations General Assembly in New York. Her nonprofit, The Diane Warren Foundation has supported music education in schools, as well as programs to help those with serious illness and enrich the lives of the elderly. Warren is also a noted advocate for animal rights.

“Diane Warren has earned fame and respect not just through the creation of an incredible body of music, but also because of her empathy, integrity and her commitment to education,” said Jorge Valencia, Executive Director and Chief Executive Officer of Point Foundation. “Our Point Scholars learn through their leadership training, that a leader is someone who uses their talent and position to ensure that others can live with dignity and respect. We are honored to recognize Diane Warren’s accomplishments by presenting her with the Point Foundation Leadership Award.”

“Voices On Point” is a benefit for Point Foundation, the nation’s largest scholarship-granting organization for LGBTQ students. The evening features performances and appearances by celebrities, as well as some of Point’s 80 current scholars and 184 alumni, sharing their compelling stories of perseverance and success.

Point Foundation empowers promising LGBTQ students to achieve their full academic and leadership potential – despite the obstacles often put before them – to make a significant impact on society. Since 2001, Point has invested more than $15 million in the education and support of Point Scholars. www.pointfoundation.org