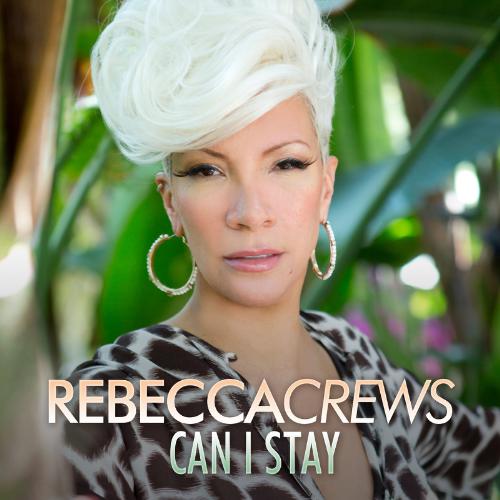 LOS ANGELES, July 9, 2014 /PRNewswire-iReach/ — Rebecca Crews, known for her hit reality show on BET, “The Family Crews,” alongside her actor/comedian husband Terry Crews (Are We There Yet?, Who Wants To Be A Millionaire), is unveiling her first single, “Can I Stay” available today nationwide. The inspirational/contemporary jazz track offers encouragement to all who listen and can be purchased on iTunes® and Amazon.

“While I wrote this song as a dedication to God, I also wrote it in a way that others can relate to,” explains Mrs. Crews. “The lyrics say ‘When I’m In Your Presence, I can’t breathe…’ well I feel that way when I’m with my son as well. It has elements of family love, romantic love and spiritual love. So yes, to me the song is about God, but God is love and love is everywhere.”

Infused with musical influences from Sade, Adele to Norah Jones, “Can I Stay” is a mixture of sounds that will appeal any listener. With Haskel Jackson (Genesoul Productions) serving as Co-Producer, Crews not only produced the single, but wrote and arranged the song as well. Additionally, the multi-talented artist also played many of the accompanying instrumentation as a keyboardist, covering piano, strings and other instruments.

“This music is lo-o-ong overdue,” laughs the former beauty queen. “I have been busy tending to my big family, my larger-than-life husband, and producing a hit reality show. Now that the kids are older and things are looking up for us, I know the timing is perfect!”

The single is a teaser of what is yet to come, as she is preparing to release a smooth jazz/inspirational project in October 2014.