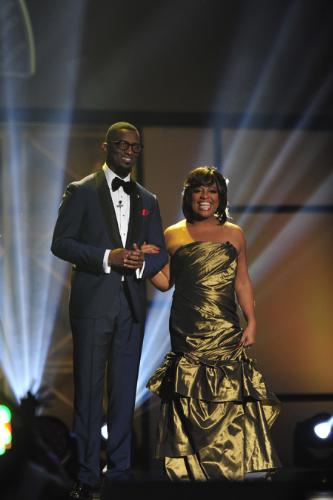 CHICAGO, July 24, 2014 /PRNewswire/ — The biggest night in Gospel music, The Annual Stellar Gospel Music Awards, is moving to a new venue and taping date in celebration of its 30th Anniversary milestone. The show’s producer announced today that the telecast will be taped in front of a live audience at the Orleans Arena in Las Vegas, Nevada with a new Spring production date, shifting from January to March 28, 2015.

“Las Vegas is the entertainment capital of the world, and we are excited to welcome The Stellar Awards to our great city,” said Oscar B. Goodman, former mayor and now the Chairman of the Las Vegas Host Committee. “As the official ambassador of Las Vegas, I look forward to welcoming The Stellar Awards and showing them how much we appreciate them choosing our destination.”

“We are honored to welcome The Stellar Awards to The Orleans, and we look forward to hosting thousands of gospel music fans from across the country,” said Tony Taeubel, Senior Vice President and General Manager of The Orleans Hotel & Casino. “The Orleans has significant experience hosting nationally televised award shows including the Academy of Country Music Fan Jam and the Soul Train Awards. We’re thrilled that they have chosen the Orleans to celebrate the 30th anniversary of the Stellar Awards.”

Annually the Stellar Awards recognizes the accomplishments of Gospel music icons and individuals instrumental in advocating for Gospel music. The show will air in broadcast syndication on 150 stations in over 125 markets around the country during the Easter holiday season from April 5 – May 3, 2015.

The show is open to the public, with hotel and ticket packages on sale beginning August 4, 2014. Package prices range from $600-$1000 per person and include premium or deluxe accommodations as well as priority seating at the live taping and ancillary events. To purchase your package, call 1-800-675-3267 between the hours of 7:00AM – 11:00PM (PST) seven days a week and mention The Stellar Awards to receive this special pricing. Individual show tickets for SAGMA members will go on sale August 15, 2014 and general public show tickets will go on sale August 29, 2014. Show ticket prices range from $50-$200.

Prior to the Stellar Awards taping, The Stellar Gospel Music Awards Pre-Show will be held on Friday, March 27, 2015 to announce winners of the non-televised awards categories. Additionally, The Stellar Awards Gospel Radio Awards & Showcase will be held the morning of March 28 to honor the top radio stations serving urban Gospel music audiences. Tickets for each event are $30.00. Individual tickets for SAGMA members will go on sale August 15, 2014. SAGMA members may purchase two (2) tickets at the 15% discount. General Public tickets go on sale August 29, 2014 and can be purchased at orleansarena.com or by calling 888-234-2334.

“We are also pleased that the Orleans Arena complex will provide our guests with a one stop destination to attend all of the new and exciting events taking place for our 30th Anniversary production,” says Jackson.