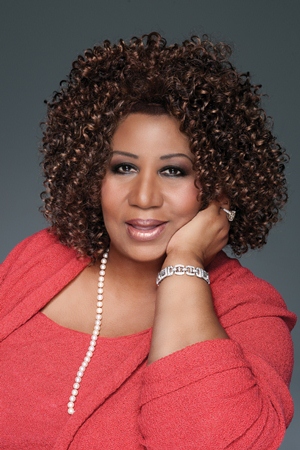 Aretha Franklin To Hit Kato Leonard and
TheNewsNerd.com with a Right Hook of Her Own –
A Ten Million Dollar Lawsuit

(April 16, 2014 – Detroit, MI) — Facebook and other social media lit up with the news that Patti LaBelle had been arrested for attacking Aretha Franklin with “a Mayweather style right and left” in attack on the Queen of Soul that reportedly took place at a concert in Atlanta.

The story, originally posted on TheNewsNerd.com, has reached millions through print and broadcast pick-up and numerous repostings by social media users. The problem is that the story isn’t true. Now, Franklin is fighting-back with a right hook of her own–she is suing the website and its CEO, Kato Leonard, for ten million dollars. As a result, hundreds of subsequent stories ran and were posted on the Internet and other forms of traditional media. “The stories were not presented as satire or humor,” says Franklin. “It was presented as a serious news story intended to depict me in a slanderous and derogatory way—defamation of character.”

The News Nerd gave a detailed account of the two meeting in Atlanta at a concert, where LaBelle attacked Franklin, “causing the singer to stumble and fall, “landing awkwardly.” The site goes on to say LaBelle has a court date this week in reference to the case.

The site has a disclaimer at the bottom of the page that says it is a “purely satirical” site. However, the reaction to the story was real and so intense that Franklin released the following statement on Tuesday, April 15, 2014:

“I’ve never heard anything crazier—regarding myself and Patti allegedly fighting on March 20, in Atlanta,” she says. “On March 20, I was in New York City readying for my birthday patty (Sorry. LOL. Laughing at my typo error). I meant PARTY, which we all had one fabulous time. Patti and I are cool and we always have been. I enjoyed her at the White House. Classic Patti.”

According to the Detroit News, the fake report was undoubtedly prompted by a clip from the recent PBS “Women of Soul” program, which appeared to show Franklin brushing past LaBelle as she was helped onto the stage at the White House. But the clip was presented on many websites out of context. On the PBS show, Franklin can be seen hugging LaBelle as she left the stage.

There are dozens of so called “satirical sites” on the web that have created social media stirs because people do not understand that the stories are not true. The disclaimers are rarely prominently placed so that viewers can understand what they are reading. These “fake stories” often make news. Legitimate news organizations, including USA Today and the Detroit News, ran stories today [April 15, 2014] to address the widely-distributed misinformation prompted by the News Nerd story.