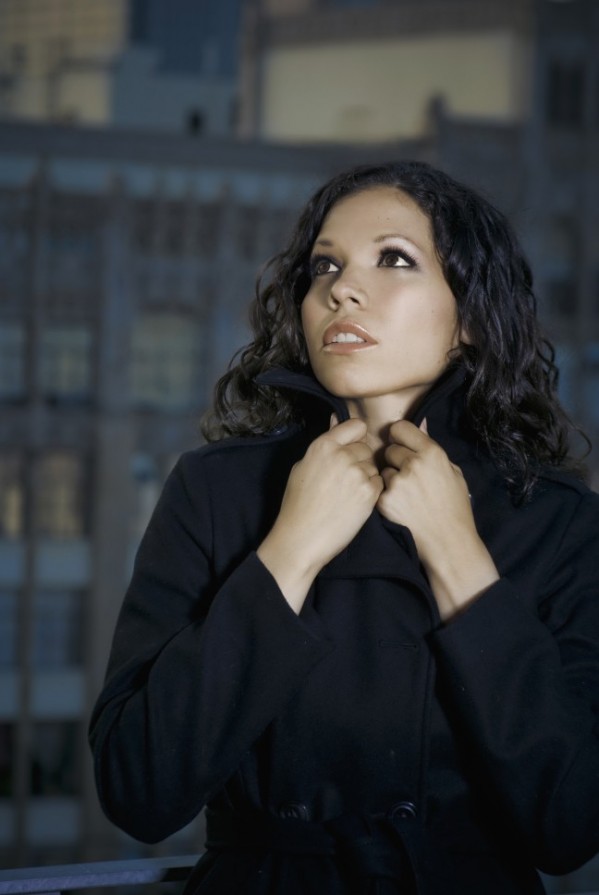 R& B singer, songwriter and actress Terry Dexter releases her latest single, “Disappointed” on Rock Room Recordings. Terry Dexter is among the elite of the newer generation of female soul singers.

“Disappointed,” is produced by Nisan Stewart and co-written by Terry Dexter. “Disappointed,” a song most of us have experienced at least once unpleasant feelings of rejection and failure of love. Terry sings to the heart and soul of what disappointed love can cause, touching a chord that vibrates through the soul.

Dexter was raised in Detroit, Michigan, Motown’s birth place, and began her musical journey singing in her uncle’s Baptist church as a child. At the age of 11, she began her professional career recording behind various artists, including Simply Red. She attended the University of Michigan for a year, and was signed to a recording contract by University Music Entertainment.Signed to Warner Bros Records as a teenager, her self-titled, critically acclaimed debut album was released in 1999 and produced two Billboard singles.  Dexter was featured on the remix version of the hit song “Spend My Life” by Eric Benet.  Her voice helped make the song reach Number One, and the world discovered and fell in love with her.  She later sang a duet with Jaheim called “Remarkable”<> from his 2x platinum album “Ghetto Love”, and performed with WILL-I-AM from the Black Eye Peas on the internationally acclaimed single “Lay Me Down”.

Dexter’s 2000 album “Better than Me” landed in the Number Two spot on the Billboard Dance charts, and she was joined on that album by two of electronic music’s legends Roy Davis Jr. and Hex Hector.  Roy Davis, Jr. is famous for his remixes that catapulted the careers of Eric Benet, Faith Evans, Mary J. Blige and Seal.   In 2003, Dexter and Roy Davis Jr. worked together again on his critically acclaimed Ubiquity album “Chicago Forever”.   Dexter and Davis went on to release another international album called “Wonderin”.

In 2005, Patti LaBelle introduced Dexter on the Tonight Show and together they recorded the song “Ain’t No Way.    That same year, Dexter was invited to sing on the Hurricane Katrina benefit album “Heart of America”, where she performed with Wynonna Judd, Michael McDonald and Eric Benet.  The year culminated in a live performance on the “Today Show” and at the World Series.

In 2007, Dexter played the lead role of Tyme Prentice in David E. Talbert’s touring musical stage play, “Love in the Nick of Tyme”, opposite Morris Chestnut, where she played to sold out audiences in most major cities, including the Kodak Theatre in Los Angeles.  The live film version was premiered on BET on April 11, 2010.  Also in 2007, Dexter was featured on Jazz great Paul Taylor’s critically acclaimed album.

In 2008, Dexter co-wrote and performed two songs in the Bill Duke directed movie “Not Easily Broken”, and worked with George Duke on the theme song for the movie “Sweetwater”.  She also sang a duet with Eric Benet called “Ever Love”, which was featured on Benet’s third album. In late 2008, Dexter’s much anticipated album “Listen” was released through Universal. It spawned the singles and videos for “Beautiful One” and “I’m Free”.

Dexter has also been involved with electronic releases, including three new records with Roy Davis Jr., and she recently co-wrote a song for Patti LaBelle, which features Mary Mary and Kanye West, for LaBelle’s new gospel album.