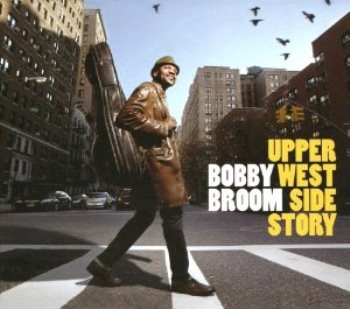 New CD by Guitarist Bobby Broom’s Trio, “Upper West Side Story,” to Be Released by Origin Records May 15

Bobby Broom’s new CD, “Upper West Side Story, ” is the guitarist’s tenth album in as many years—the culmination of a golden period of prolific creativity and steady artistic growth. Five of those recordings have featured his jazz trio with bassist Dennis Carroll and drummer Kobie Watkins, who’ve worked as a unit since 1997. Origin Records, Broom’s longtime label, will release the CD on May 15.

Theo Wanne™ is proud to announce a
new member to our family of Endorsers and supporters, Boney James. He
joins a renowned pantheon of the artists we are proud to call a part of
the family.

Boney James is a widely renowned artist with twelve albums under his
belt – albums which have sold millions of copies worldwide. 2010
Billboard Magazine named him “The No. 3 Top Contemporary Jazz Artist of
the Decade,” and music critics consider him to be one of the most
influential jazz artists of his generation. To continue, please click “MORE”!

The bossa-nova-tinged ‘The Futurist’
is the fourth album from former radio DJ turned journalist Dan
Ackerman. Inspired by his love for classic Brazilian jazz, from Antonio
Carlos Jobim to Sergio Mendes, the album lays bossa beats over indie
jazz rock, with plenty of Rhodes organs and slinky basslines. To continue, please click “MORE”!

The Chilean-born, Cuban-raised drummer, composer, and bandleader Alejandro “Alex” García has won an Emmy® for best Single Spot/Campaign from the New York Chapter of the 55th National Academy of Television Arts and Sciences. To continue, please click “MORE”!

Philadelphia, Pennsylvania | April/May 2012 | Dubbed the “gentle giant,” South Jersey native and former American Idol finalist Jermaine Jones will be personally thanking his supporters on Tuesday, May 22, 2012, 7pm at the 7165 Lounge located 7165 Germantown Avenue in Philadelphia.  The goal of his “Thankful” concert is to allow fans an opportunity to see him up close and personal in an intimate and live setting while releasing new music and giving back to the community that gave him so much love. To continue, please click “MORE”!

Sadiki’s single, produced by Kemar ‘Flava’ McGregor, is a heartfelt cultural ballad with a twist – it describes the family bond between an ailing mother and her son, but at the same time, the song offers a thoughtful commentary on the current state of Jamaican culture. The title, “Mama,” refers in part to the nation of Jamaica itself, and through a succession of sensitive and symbolic lyrics, the song pleads for Jamaican expatriates to regard, support and most importantly, to love their homeland, despite its many struggles. To continue, please click “MORE”!

Hamden, CT — Contemporary Gospel quartet group SOUL TEMPO is a group of four talented men who are sound in a brotherhood of friendship and dedicated to the ministry of music.  Jerry Brunson, Tony Burnett, Kevin Mitchell and Phillip Mitchell are SOUL TEMPO.  These four gentlemen have been friends since childhood and began making music together in high school.  Now, over 25 years later, the group has a camaraderie that is stronger than ever, a vocal blend that is even more precise and immaculate, and is continuing in their fast track forward with a new project for release this fall. To continue, please click “MORE”!

LISTEN TO EXCLUSIVE STREAMING TRACKS FROM
THE DUALITY PERSPECTIVE

The painting by Edward LaRose that graces the cover of The Duality Perspective, drummer/composer Ralph Peterson’s new release and 16th as a leader, is a dynamic illustration of the album’s driving principles. The yin yang symbol in the background represents the balance between the two ensembles that appear on the record, the young, next-generation Fo’tet and the more established Sextet. To continue, please click “MORE”!